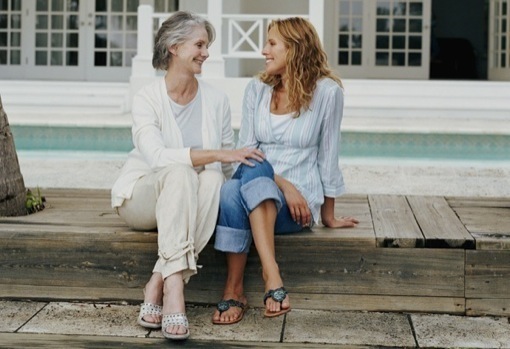 At age 48, Susan DeVere became the UK’s oldest natural mother. Now, in her 50s, she is happily running after a healthy four year old son, Byron.

“My GP nearly fell off his chair when I said I thought I was expecting a baby for the first time.In fact doctors were horrified because they thought I was far too elderly to become a first-time mum.

But I’m proof that you’re only as old as you feel. And although Byron certainly keeps me busy, I always have lots of energy for him.

I’ve never felt too old to be a first-time mum.”

More older women are becoming pregnant, often through assisted conception techniques. And becoming a mom a little later does have its draws. Those extra years may bring financial security for a woman building a family. She may have found the right partner and she knows exactly who she is.  She doesn’t have to face the same dilemma of putting her education or career on hold to have a baby – she might just be in a great position to stop and enjoy it all.

However, there are risks that can’t be ignored. One expert explains:

“You cannot cheat biology completely. Mums over 50 have a higher risk of carrying a baby with a chromosome problem such as Down’s syndrome.

The pregnancy is more likely to be complicated by miscarriage, high blood pressure, pre-eclampsia, and even premature labour. And in the early days as a parent, there is the very real issue of lack of energy.

However, the single biggest drawback to being a mother over 50 must be simple arithmetic. Her own children will be caring for her much sooner than expected and she is unlikely ever to become a hands-on grandmother.”