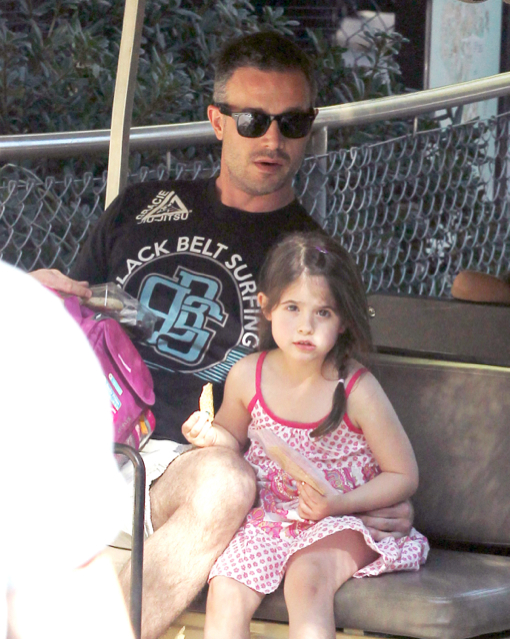 Freddie Prinze Jr was photographed enjoying a day with his daughter Charlotte at the Los Angeles Zoo Los Angeles, CA on Monday (Jan. 20).

The Witches Of East End actor was dressed in a black surfing shirt and khaki shorts while being escorted through the zoo on a golf cart. Charlotte wore a pink printed dress as she snacked on some cookies.

His wife actress Sarah Michelle Gellar recently won an award for Favorite Actress in a New TV Series for her role in The Crazy Ones at the 2014 People’s Choice Awards.

“OMG! THANKS SO MUCH! I couldn’t have done it without you… the FANS…This is AWESOME! #CrazyOnes #Buffy #BTVS #Ringer,” she tweeted after her win.

The couple have been married since 2002 and are also parents to son Rocky.