Kim Kardashian Shares Shot of North West. Did she Wax the Baby’s Eyebrows? 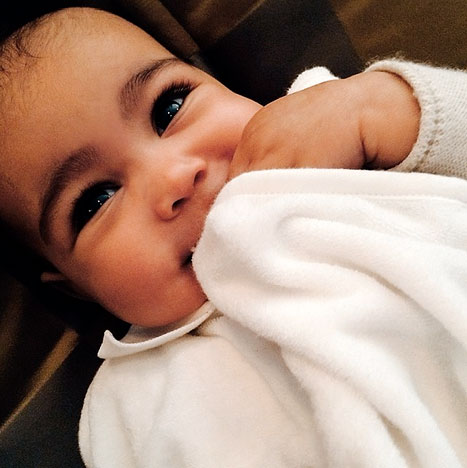 “SMILE,” the reality star captioned the photo in which North wears a white sweater while holding a matching fleece blanket.

It seems as this photo has caused a mini controversy because the baby’s signature unibrow has disappeared. Fans tweeted Kim accusing her of either waxing or photoshopping the baby’s eyebrows.

We all know Kim is shallow, but would she really wax North’s eyebrows? Do you think photoshopping your baby’s features is wrong?

Sound off in the comments!