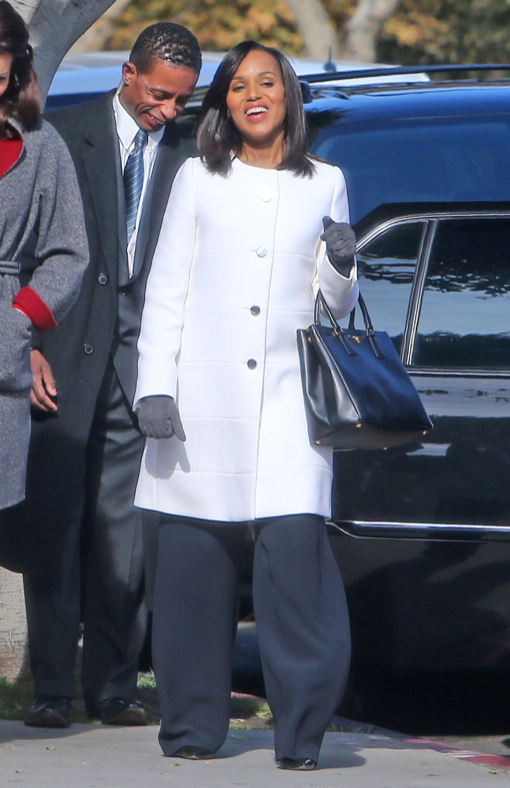 The pregnant actress hid her growing bump under a oversized white dress coat and loose fitting black dress pants. She accessorized her on set look with grey gloves and a black bag.

The series will only film 18 episodes this year, compared to the original episode order of 22 because of Washington’s spring due date.

In October, new broke that she was expecting her first child with husband Nnamdi Asomugha.

“She’s about four months along,” an insider told Us Weekly at the time.

Washington and the NFL player secretly married on June 24 in Hailey, Idaho.