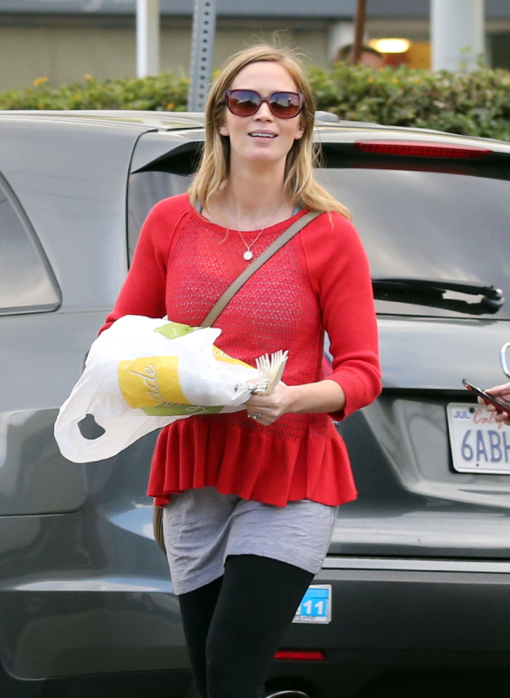 Emily Blunt and her husband John Krasinski were photographed out for lunch at Lemonade in West Hollywood, California on Tuesday (Dec. 3).

The pregnant Looper actress wore a red sweeter that showed off her small bump over a grey tank and black leggings. She accessorized her look with shades, a beige purse and matches flat shoes.

It was announced in September that Blunt and Krasinski are expecting.

Previously, Blunt had been very open about her desire to become a mother.

“We want to have children; I just don’t know when yet. I’m just not sure about the timing of all of that. We’re both from big families, so I think it’s something we want,” she told Manhattan magazine in 2012.

Parenting through the ABC’s-Educate, Encourage, and Empower Your Child