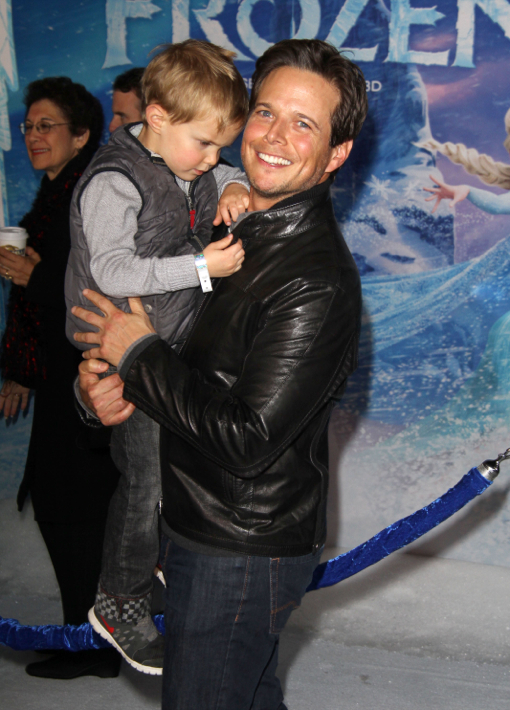 Scott Wolf was photographed walking the ‘white’ carpet of Disney’s FROZEN Premiere with his son Jackson at the El Capitan Theatre in Hollywood, CA on Tuesday night (Nov. 19).

Wearing a leather jacket and jeans, the Party of Five actor laughed and smiled while holding his 4-year-old son.

Wolf revealed big news to the press while at the event.

He and wife of 10 years, Kelley are expecting their third child, a girl, in May.

“I will be the first to say, yes, we are a party of five,” the overjoyed father-to-be-again told Access Hollywood.

The couple are parent to 1-year-old son Miller.