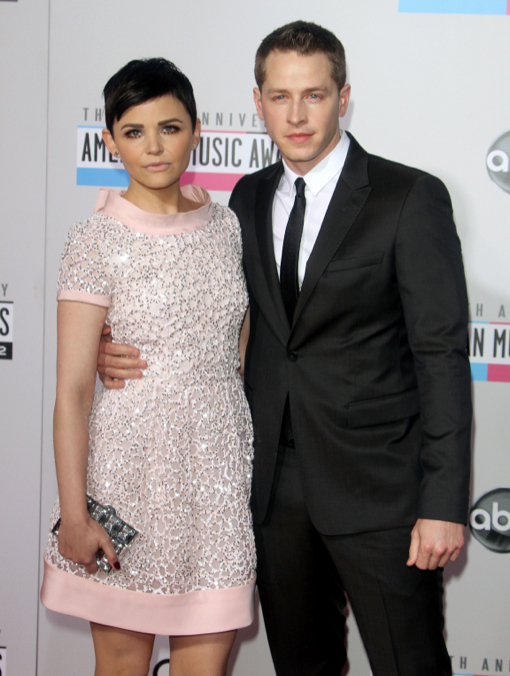 It looks like Ginnifer Goodwin is living her own fairytale!

The Once Up a Time actress is pregnant and expecting a baby with her costar, fiance Josh Dallas.

Rumors that the Something Borrowed star was pregnant emerged when she was photographed on the set of her hit ABC drama in a gray coat that seemed to strategically conceal her stomach.

The couple went public with their romance in April 2012. In October, they confirmed their engagement.