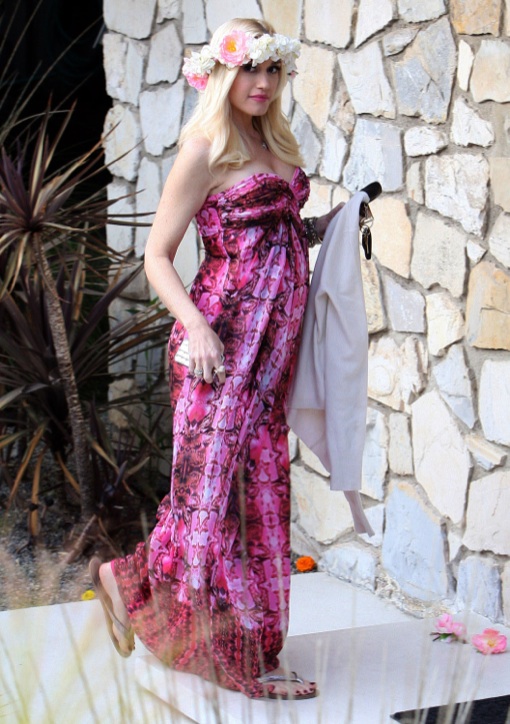 Gwen Stefani and husband Gavin Rossdale were spotted at a baby shower in Los Feliz, California on Sunday (Nov. 3).

The No Doubt singer showed off her blossoming bump for the first time in a pink printed strapless maxi dress. She traded in her bright red lips for a soft pink shade that matched the dress.

It is unlikely Stefani will confirm her third pregnancy.

When pregnant with Kingston, her publicist initially denied the news before Gwen later blurted it out on stage. And with Zuma, it was actually her father-in-law who broke the news.

Either way, the Stefani is not exactly hiding the news. She was spotted showing of her bump with pregnant pal Rachel Zoe while attending a Hollywood event.