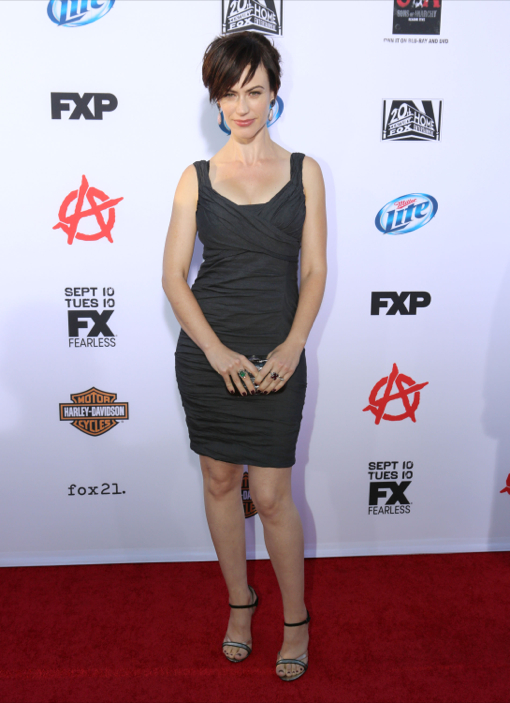 Sons of Anarchy star Maggie Siff and her husband are expecting their first child.

“I haven’t really announced [it] yet,” the mom-to-be told at the Evening With Sons of Anarchy event at the Leonard H. Goldenson Theatre in North Hollywood, CA on Friday (Oct. 25) “I’m past the nausea so I’m feeling a lot better, a lot more energetic. We just finished shooting the season, which is good.”

Siff and her husband know what the gender of the baby is, but are keeping it a secret for now.

The actress was willing to reveal her pregnancy cravings.

“A little bit of ice cream,” she said. “Nothing too much. Yoghurt [and] dairy.”

Siff has played Tara Knowles on the hit FX series since 2008.