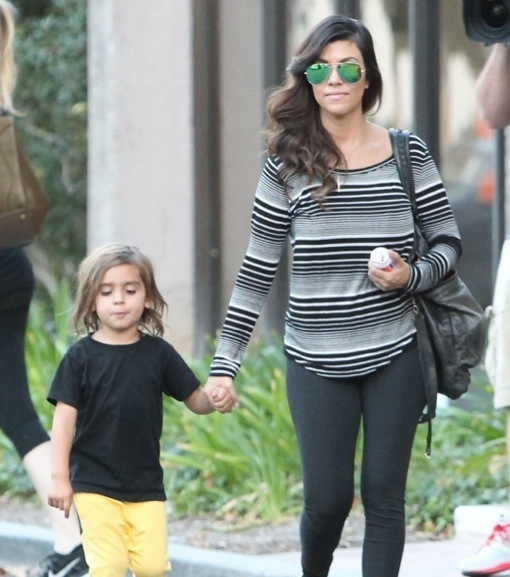 Kourtney Kardashian and her son Mason were spotted running errands while filming their reality show in Thousand Oaks, California on Tuesday (Oct. 1).

The Keeping Up With The Kardashians star was dressed in a striped sweater and black tights while smiling at the paparazzi. She held Mason’s hand who wore a black top and bright yellow pants and high-top runners.

Kourtney admits Mason is a little jealous of his cousion North because she gets all of her mother Kim’s attention.

“He gets a little jealous because he and Kim were so close. He doesn’t understand because he’s not the big center of attention,” she told People, adding, “I don’t think [Kim] knows what to do; she’s just like, ‘You don’t like me anymore?’ She feels like he […] is getting older and changing, and I think she gets confused and doesn’t know how to handle it.”

The mother of two has been together with their father Scott Disick since 2006.