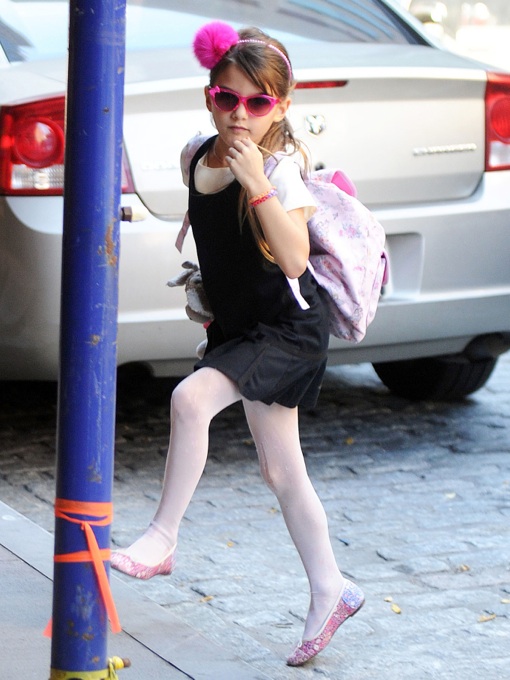 Katie Holmes and her daughter Suri Cruise were spotted out in New York City on Friday (Sept. 20).

Th 7-year-old wore a black dress while rocking pink sunglasses and a puff headband to match her pink cast. Holmes followed behind.

Holmes has three other movies lined up – Days and Nights, Miss Meadows and Responsible Adults.

The Three B’s of Parenting