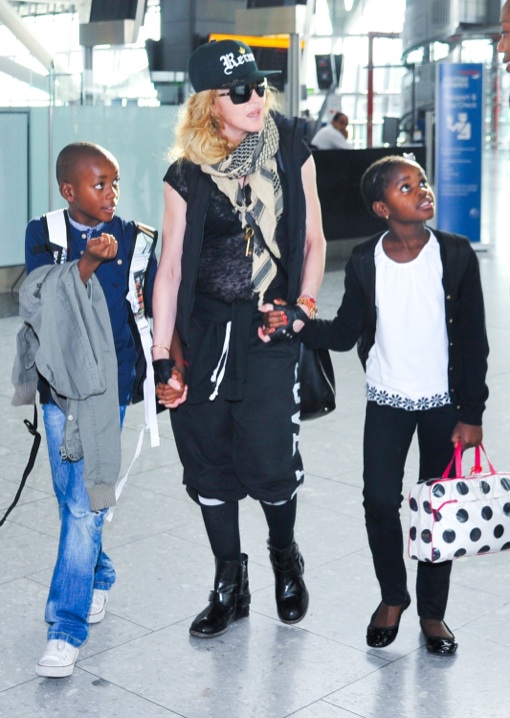 Madonna was photographed catching a flight to New York City with her children Lourdes, David and Mercy as they catch a flight at Heathrow Airport in London, England on Tuesday (Sept. 3).

The singer was dressed in a black tank, vest and knee sweat pants as she escorted the two youngsters through the airport. Lourdes was not pictured.

According to Forbes magazine, Madonna the highest earning celebrity over the past year.

The 55-year old made an estimated $125m thanks to her MDNA tour, clothing and fragrance lines, as well as her Hard Candy gyms launched across the world. She has never earned more in a single year since the list began in 1999.

She beat out Oprah Winfrey and Steven Spielberg for the top spot.