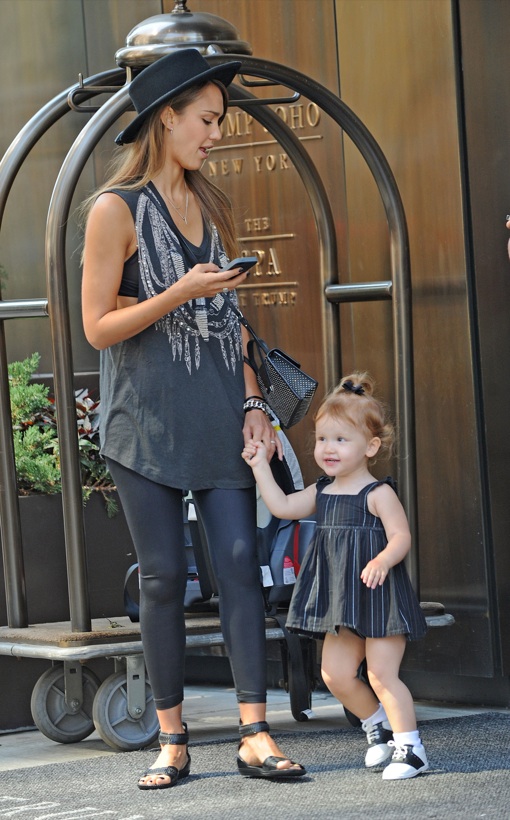 Jessica Alba was spotted waiting for a cab outside of the Trump Soho Hotel with with her daughter Haven in New York City on Wednesday (Sept. 11).

The Machete actress wore a loose fitting tank top and black leggings while talking on her phone. Haven played with her nanny and an assistant before grabbing hold of her moms hand.

The pair are in town while Alba attends the city’s Fashion Week. Earlier in the week, the actress attended the Diane Von Furstenberg runway show.

Meanwhile, Alba scheduled to start filming Barely Lethal later this month with Samuel L. Jackson and Hailee Steinfeld. The movie is follows the character, Megan (Steinfeld) who’s a teenage assassin. She is hunted by a former associate after she fakes her own death and enrolls in a suburban high school.

Back to School Made Easy