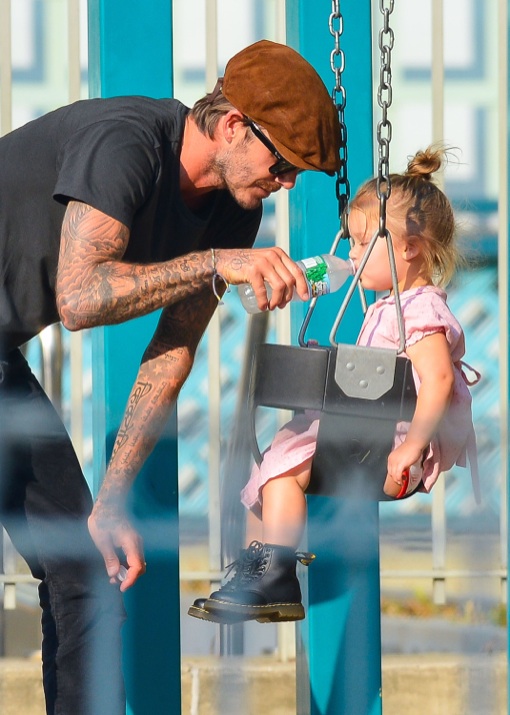 David Beckham was picture enjoying a sunny day at the park with his daughter Harper in New York City on Tuesday (Sept. 10).

The soccer star made sure to keep the 2-year-old hydrated while she enjoyed a swing ride.  Later, Beckham took Harper over to the playground set where he helped her go down a slide.

On Sunday, Beckham sat front row at wifeVictoria Beckham‘s highly anticipated spring collection at New York Fashion Week. He was joined by Harper who looked happy to be cheering on her mom.

“All eyes on Baby Harper at #SS14Victoria Beckham #NYFW x vb,” the fashion designer wrote while sharing a photo of the father-daughter duo at the show.