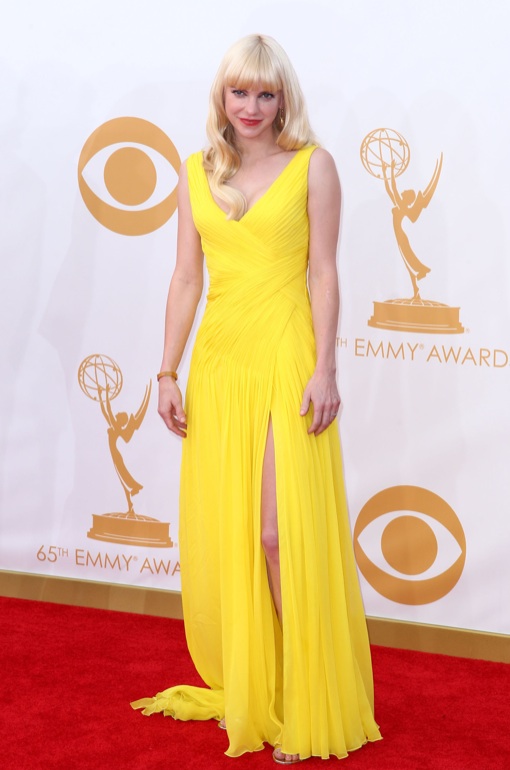 Anna Faris had her 12-month-old son Jack on her mind while walking the red carpet at the Emmy Awards in Los Angeles on Sunday (Sept. 22).

Wearing a bright yellow Monique Lhuillier gown, she gushed that the baby has been “giggling” and is really “starting to know things.”

“He does funny things like [mock pouting],” Faris said while demonstrating her son’s look to Us Weekly.

“He said ‘Mama’ the other day. I have no idea if he meant it about me,” the wife of Chris Pratt said with a laugh. “But he was looking at me. And now I’m one of those corny people that’s like (in country accent), ‘My child just grew a tooth!'”

Faris and Pratt welcomed their bundle of joy in August 2012.