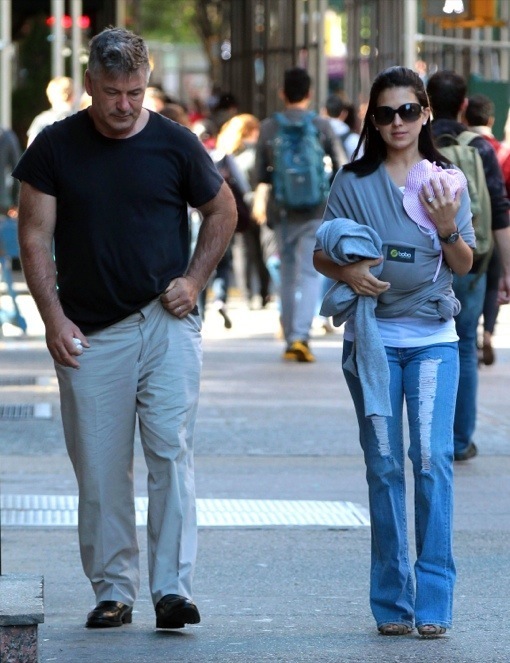 Alec Baldwin and his wife Hilaria took their daughter Carmen out for a stroll through New York City on Friday (Sept. 27).

The 30 Rock actor walked next his wife who baby wore their newborn daughter. At one point, Baldwin stopped to dote on the newborn and take a sweet picture of her.

“I’m a big believer in yoga, obviously, but I didn’t really realize how lucky I was to have done yoga during pregnancy until my delivery,” she told. “I pushed my baby out in 45 minutes, which is pretty good for a first-time mom. I think it was just because the core and pelvic muscles that you use during yoga were vital to the pushing momentum.”

The video is slated to be released Oct. 1.