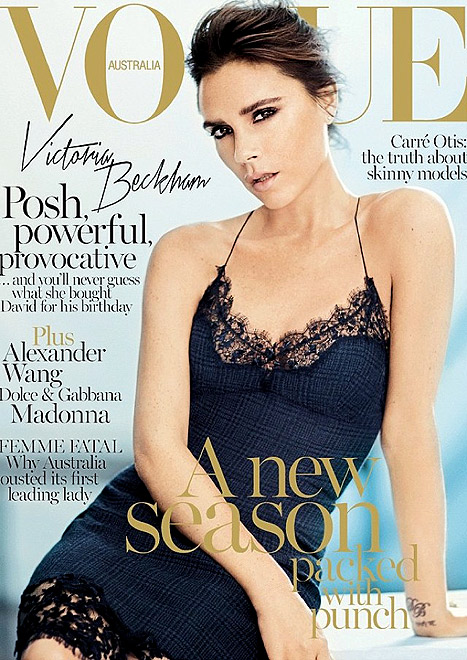 The singer turned fashion designer says her family is much more normal than people think.

“Honestly, once the children are in bed, I’d rather work or shove on a face pack and pluck my eyebrows,”  Victoria says of how she likes to spend her evenings. “By the time Brooklyn’s finally gone to bed, it’s all I’m fit for. Really, we’re much more normal than people think.”

Victoria says her family plans to spend more time together now that David has retired from soccer for good.

“We’re all so proud of David,” Victoria gushes of the soccer star. “Having supported him at clubs all over the world for the past 15 years and seen how he has been an inspiration not just to me and the children but also to millions of people, we are now just really excited at the prospect of spending more time as a family.”

Pick up the issue to read the full interview.