Shannyn Sossamon: Day Out With Mortimer In Vancouver 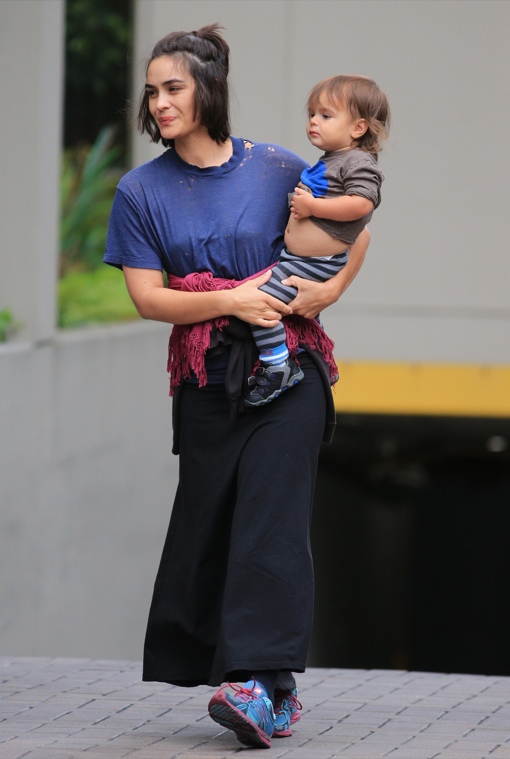 Shannyn Sossamon and her son Mortimer were photographed leaving their Vancouver, Canada hotel on Tuesday (Aug. 27).

The Knight’s Tale actress was dressed in a ripped blue t-shirt with a scarf tied around her waist and a long skirt. She carried the 1-year-old on her hip.

Sossamon who is also mother to 10-year-old son Audio Science recently told what her typical day is like.

“Alot of time in the kitchen. Napping. Laughing. Trying desperately to look presentable in 10 min time for an audition or a meeting. It’s nuts over here,” she said in an interview with AO-AO.

The actress can next be seen in Wayward Pines on FX which debuts in 2014.