Prince William Opens Up About Fatherhood 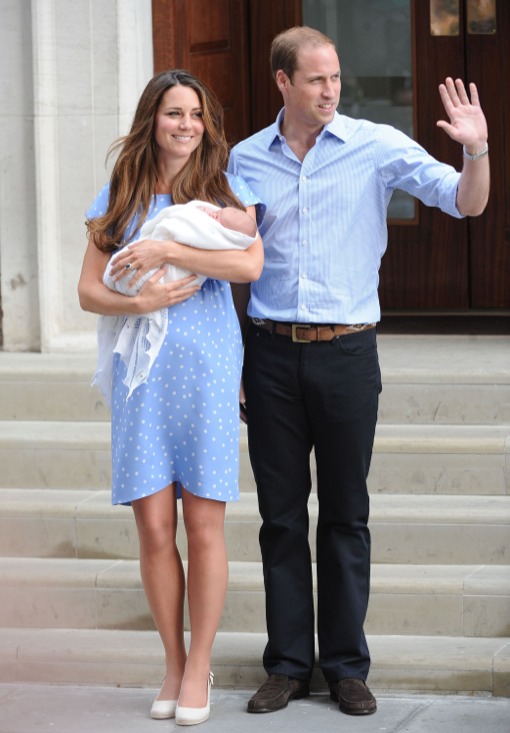 Prince William opens up about fatherhood with CNN‘s Max Foster in his first TV interview sine welcoming his 1-month-old son Prince George with wife Katherine, the Duchess of Cambridge.

The new dads says that revealing their newborn son to the world when leaving the hospital felt natural.

“I was on such a high anyway, and so was Catherine about George, that really we were happy to show him off to whoever wanted to see him,” he gushed. “As any new parent knows, you’re only too happy to show off your new child and, you know, proclaim that he is the best looking or the best everything.”

Prince William is glad the newborn was on his perfect behavior.

“I’m just glad he wasn’t screaming his head off the whole way through!” he laughed.

The future king was the one to place Prince George in the carseat and put the seat in the car.

“Believe me, it wasn’t my first time. And I know there’s been speculation about that. I had to practice, I really did,” he revealed.

Since bringing the baby boy home, William says the baby who unlikes to sleep has grown quite a bit and that Catherine has been doing an amazing job.

“[He is] growing quite quickly actually. But he’s a little fighter. He kind of, he wriggles around quite a lot. And he doesn’t want to go to sleep that much, which is a little bit of a problem,” he told. “She’s doing a fantastic job. For me, Catherine, and now little George are my priorities.

So, how has fatherhood changed the 31-year-old?

“I think the last few weeks for me have been just a very different emotional experience,” the late Princess Diana’s son reflects. “Something I never thought I would feel myself . . .a lot of things affect me differently now.”

Josh Duhamel: “There Is a Lot of Anticipation Going on at the Duhamel Household Right Now!”