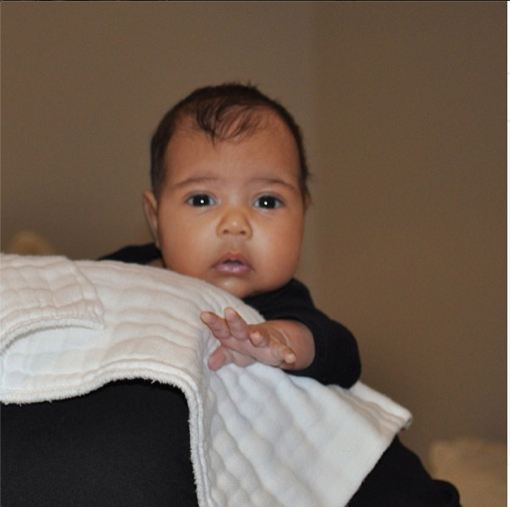 While appearing on the Kris Jenner Show on Friday, Kanye West unveiled the first photograph of his and Kim Kardashian‘s 2-month-old daughter.

“To stop all the noise, I thought it’d be really cool, on her grandmother’s season finale, to bring a picture of North,” the new dad said in the sit down interview.

The shot which was taken by West himself, captures the newborn looking directly at the camera while being held up by Kim (not pictured).

PHOTO: The Newest Picture of North West leave a lot to be desired

During the interview, the singer  admitted that after the death of his mother Donda West, he lost his path in life, but his new family has changed that.

Now the most important thing for West is to protect his daughter.

“You’ve made a brand-new person. The thing I think about as a dad is just protection. That’s my only goal — to protect my daughter. That’s my instinct,” he told.

What do you think of the big reveal?