Halle Berry Touches Down At LAX After Marrying Olivier Martinez 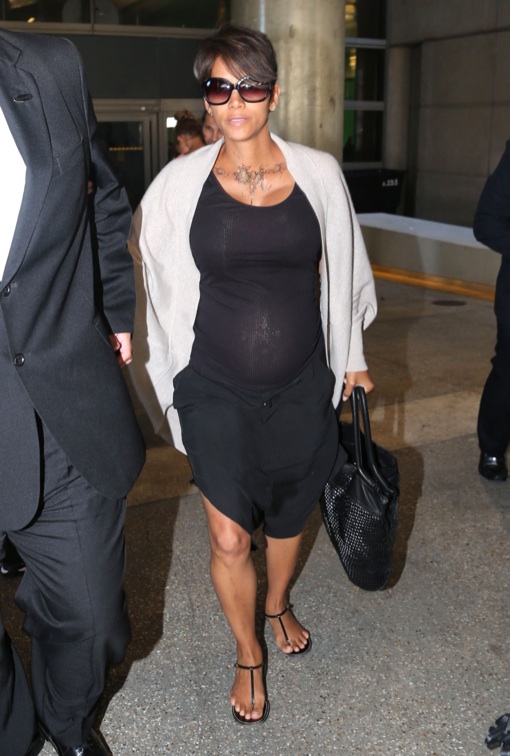 Halle Berry and Olivier Martinez were photographed arriving on a flight at LAX airport with her daughter Nahla in  Los Angeles, CA on Tuesday (July 16).

The pregnant Cloud Atlas actress wore a black dress that showed off her burgeoning bump with a white shrug sweater and flats. Olivier followed behind with Nahla.

Over the weekend, the couple married in a private ceremony at Chateau des Conde in Vallery, France.

Halle arrived in a vintage white car that was covered in white lace for the special occasion. After the ceremony, the newylweds hosted a dinner with their 60 guests and concluded with a fireworks display.

This is the third marriage for the Monster’s Ball star. She was previously married to baseball star David Justice and musician Eric Benét.

Beyonce Shares Sweet Shots Of Her and Blue Ivy On Vacation