All The Details on Fergie’s Gay-By Baby Shower 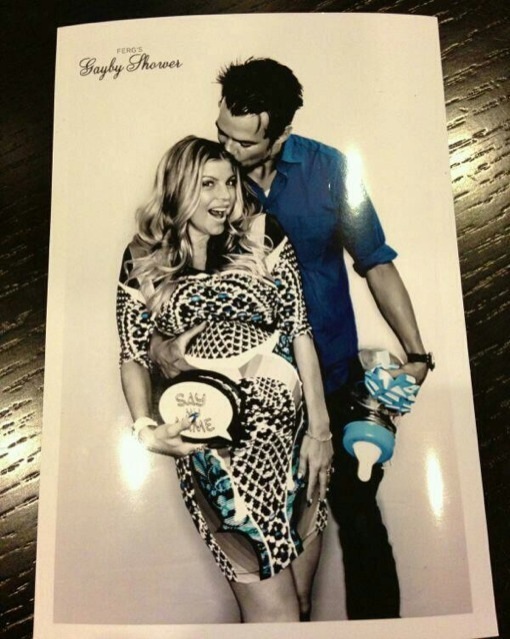 Fergie celebrated the impending birth of her child with a Gay-By Baby shower on Sunday (July 29).

The party which was held at the SLS Hotel in Beverly was thrown by her gay BFFs. Among the guests were Kelly Osbourne, Julianne Hough, Ru Paul, Lance Bass, Adam Lambert, Molly Sims, Gabriel Aubry and Matthew Mosshart.

During the party, the mom-to-be’s husband, Josh Duahmel tweeted a photo of two posing for a picture.

“Who knew a baby shower could be so fun…”  the dad-to-be captioned the shot.

Fergie’s own Ferguson Crest wine was served to guests along with Patron Ferg-aritas that guests sipped through black and white striped or polka dot straws. A four-tiered cake designed by Dylan Lauren matched the black, white and blue theme.

What do you think of Fergie’s Gay-by themed shower?

Mario Lopez & Gia Soak Up The Sun on Father-Daughter Day