Pete Wentz Soaks Up The Sun With Family 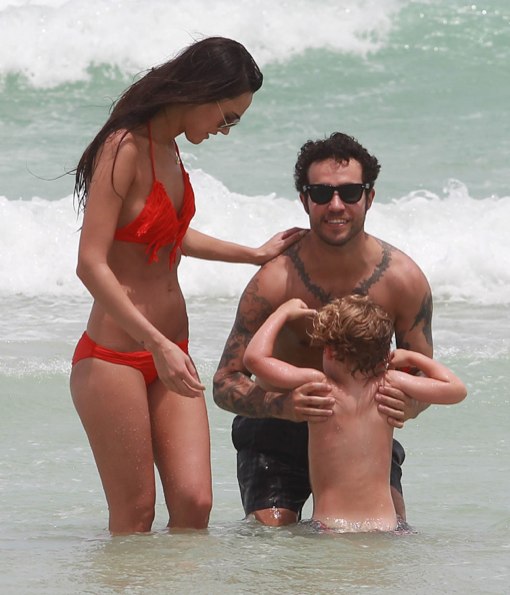 Pete Wentz spent the day on the beach with his son Bronx and girlfriend Meagan Camper in Miami, Florida on Thursday (June 6).

The Fall Out Boy singer wore black trunks with dark shades as he laughed and played with Bronx in the water. Meagan wore a orange bikini and looked to be having just as much fun with the father-son duo.

Wentz recently opened up about his past drug problems which began in 2009 when Fall Out Boy went on hiatus.

Admitting to taking prescription pills Xanax and Klonopin to treat anxiety, the singer became dependent on the drugs and his life started to spiral out of control.

“I was probably physically and mentally addicted. It started from insomnia and anxiety from flying, then it spiralled,” he told Rolling Stones, adding, “I was scared of everything. I thought there were always people listening to me… I had my house searched for bugs. It was crazy.”

Thankfully, he son made him want to turn his life and around.

“You’re up in the morning, and you have to really be there. It’s not like getting up for a radio interview. In some ways, that was super helpful for my soul,” he confessed.