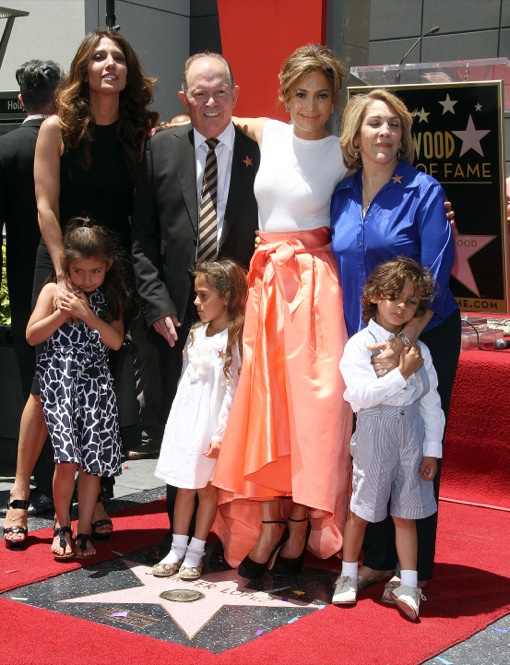 Jennifer Lopez was honored with the 2500th star on the Hollywood Walk of Fame in Hollywood, CA on Thursday (June 20th).

Being honored for her musical achievements, the singer looked stunning wearing a Dior couture off-white cashmere and silk knitted top with a coral satin skirt. She accessorized her look with Brian Atwood shoes, and a Valentino bag.

Lopez was joined her biggest fans, her twin children Max and Emme she shares with ex-husband Marc Anthony. The siblings looked absolutely adorable dressed up as they cheered on their mom.

Her close family members and boyfriend Casper Smart were also in attendance.

“This all feels, I don’t know, kind of surreal, but so real. It’s awesome,” Lopez said, fighting back tears as she received her star in front of the W Hotel in Hollywood.

Lopez first gained recognition for her portrayal of late singer Selena in the 1997 biopic Selena. She has also sold more than 70 million albums worldwide and is set to release her eighth studio album this fall.