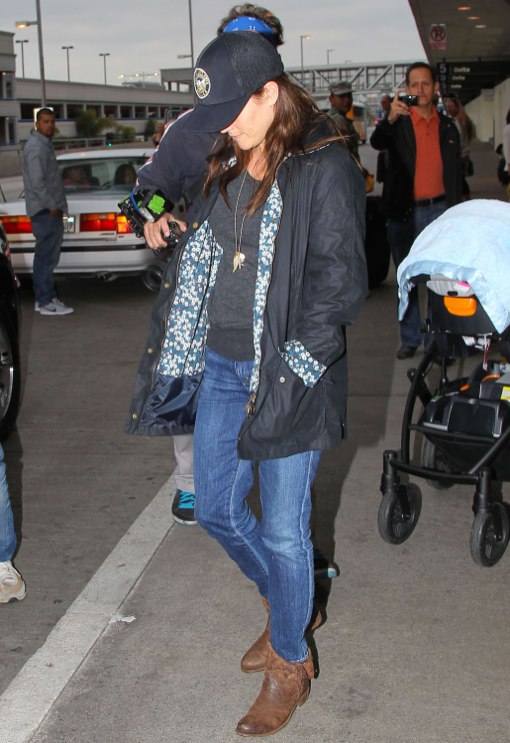 Reese Witherspoon, her husband Jim Toth and their son Tennessee were pictured arriving on a flight at LAX in Los Angeles, CA on Saturday (May 4, 2013)

The Good Lie actress who was recently arrested for disorderly conduct after arguing with cops in Atlanta looked like she was trying to make a statement while wearing a hat from the department.

Toth followed behind with Tennessee in a stroller before helping him in their waiting car.

During an interview on ABC’s Good Morning America, Witherspoon apologized for her behaviour during the April 19 arrest.

She admitted to George Stephanopoulos that she had “one too many” glasses of wine, and panicked after she and her husband were pulled over.

“I have no idea what I was saying that night,” she said. “I literally panicked. I said all kinds of crazy things. I told them I was pregnant. I’m not pregnant.”

She went on to say that she has learned her lesson.