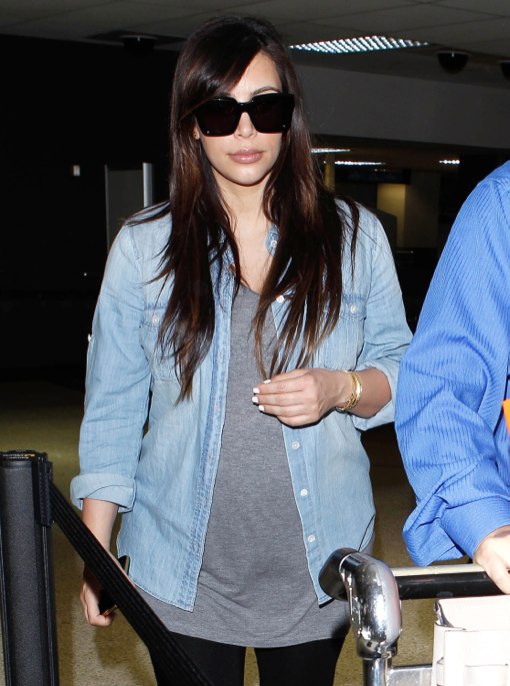 Kim Kardashian‘s bump sure gets around!

The reality star was spotted arriving on a flight at LAX airport in Los Angeles, CA on Thursday (May 2). She was appropriately dressed for a long international flight from London in a button up jean blouse, grey shirt and black pants.

Over the last two weeks, Kim has been busying traveling around the globe. She first flew to NYC from Los Angeles to make a few promotional appearances. She met up with boyfriend Kanye West while in the city.

Kim then jetted off to London before heading to Greece to enjoy a short island vacation with her large family. While there, Kanye decided to send a private jet to pick her up, so she could visit him in Paris.  She spent two days with Kanye before heading back to London.

In London, the mom-to-be attended a Beyonce concert.

Meanwhile Kim Kardashian’s former Nanny has written a tell-all.  Can you imagine?  Our friends at Earsucker.com have the scoop about it, CLICK HERE!