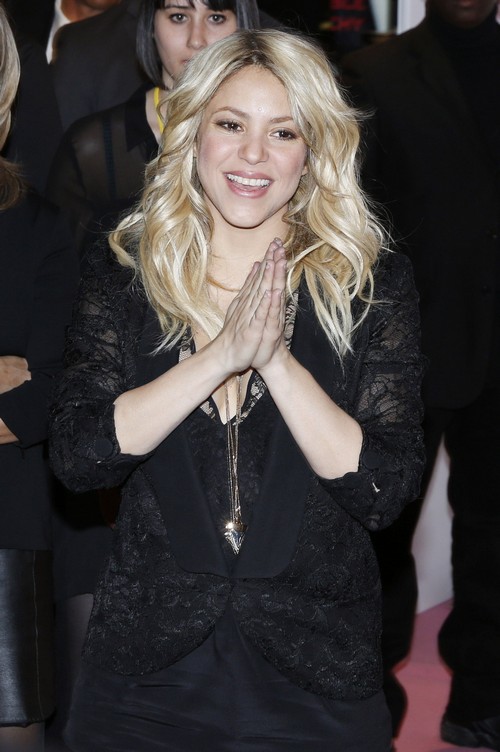 The Voice coach Shakira who welcome her first child a son, Milan with boyfriend Gerard Pique in January has admitted that being a Mom is difficult.

The 36-year-old was talking to US Weekly when she said, “I didn’t expect babies to need so many diapers! Nobody told me they needed to be changed so often!” The Voice judge joked. “I mean he’s a great, great baby. He’s an easy one, I think. But nobody told me it would be this hard. It takes a lot of energy from you. But I love it, I’m really enjoying every bit of it. It’s just that it’s not as idyllic as everybody tells you, but also not as horrible as everyone tells you.”

Welcome to the real world Shakira!  I wonder how she would like it if she did not have a team of nannies to help her, if she was just a regular Mom like you and I?  Somehow I cannot find it in my heart to feel sorry for Shakira

Meanwhile Sharia has said that she has almost lost all her baby weight after just three months and she credits Zumba for her success, “Zumba has been pretty great for me even during pregnancy. I did it almost until the end.”