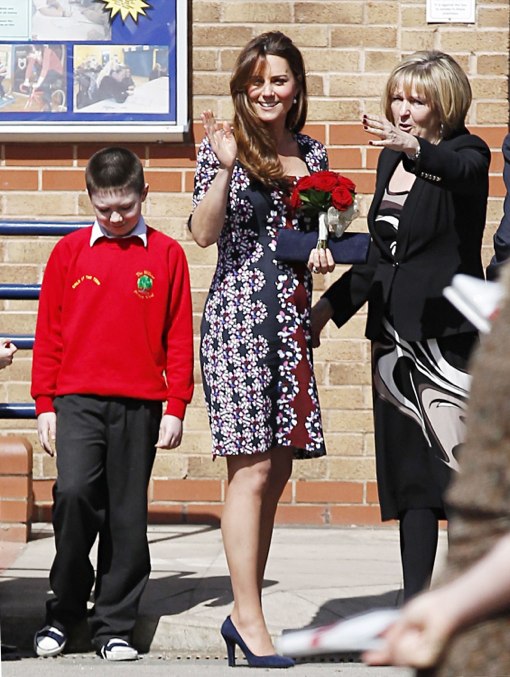 Kate Middleton made an scheduled public appearance at the Willows Primary School on the Wythenshawe estate in Manchester, England on Tuesday (April 23).

The Duchess of Cambridge wore a floral Erdem dress and blue suede heels, as she was greeted by excited young children cheering and waving the national flag of England.

Her visit is meant to highlight a new school counselling programme called M-PACT, which is a partnership between the Duchess’ own Royal Foundation, Comic Relief, Place2Be and Action on Addiction.

Meanwhile, it is rumored that Kate will move in with her parents for six weeks once she gives birth in July.

“Kate says she ‘just feels safest and most secure’ with her family and believes that no one could be better placed to teach her about bringing up a baby than her mother, who has three children of her own,” the Daily Mail claims.

The Middletons currently live in a $7 million Georgian manor with 18 acres of land in Berskhire, England.