Nick Lachey WILL NOT be Raising His Children In LA 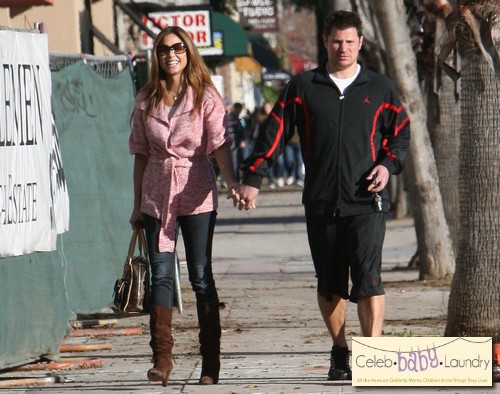 98 degree singer Nick Lachey who is married to Vanessa Minnillo has come out and said he has absolutely no intention of raising his children in LA.  Nick and Vanessa have one child, a son, Camden John Lachey who was born in September 2012.

Vanessa and Nick plan on raising their little boy in Ohio, because they do not think that LA is any place to raise children.  The couple live in LA right now but when Camden gets older they plan to move to Nick’s hometown of Cincinatti, Ohio.  Nick had this to say to ABC, ”I’ve never embraced the idea of raising my kid in Los Angeles.”

Both Vanessa and Nick want to raise their children where they will be able to have a relationship with their grandparents and with their cousins.   Nick went on to say, ”I can’t wait until my kids and my brother Drew’s kids are running through the woods together like we used to. It’s going to be a lot of fun to watch them grow up together!”

Nick also dished that he and Vanessa intend to have other children, but they are thinking about waiting a year or two.

It is nice to see a sensible couple, it seems the celebs who raise their children away from the craziness of Hollywood do so much better.  Bravo Nick and Vanessa!

Introducing Tummy Time To Your Baby