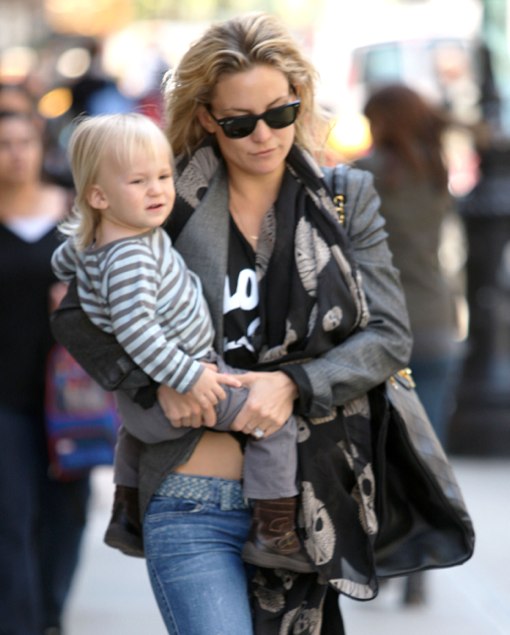 Kate Hudson and her son Bingham were spotted out and about in New York City, New York on Thursday (April 25).

The Reluctant Fundamentalist star sported messy hairy while wearing a rocker chic outfit. She carried the 1-year-old on her hip as they entered a waiting car.

While promoting her new movie, Kate opened up about her love for Bingham.

The mom added he also loves bikes and dribbles around a soccer ball.