Kate Hudson: “I’m a Lot Less a Rock Chick and a Lot More About Being a Good Mother.” 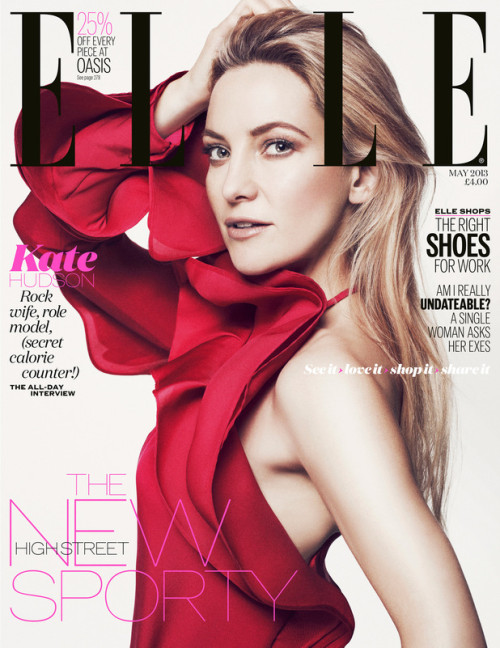 Kate Hudson graces the May cover of Elle U.K while opening up about her her boyfriend Matthew Bellamy, her sons Ryder and 21-month-old Bingham.

The Reluctant Fundamentalist star insists that she is all about family and being a good mother to her children.

“I’m a lot less a rock chick and a lot more about being a good mother, a good partner. I’m part of a family. That’s how we were brought up, how I bring my kids up. They are very blessed to live how they do but they are aware of that.”

Although focused on her family, Hudson and Bellamy have no concrete plans to marry in the near future.

“We will get married. I do think it’s important but we have no plans. He [Ryder] wants a party. For me it’s not the legal part that is important, it’s what it means to the family,” adding their romance, “Was all very old-fashioned and proper and we went on lovely dates [after meeting at Coachella music festival]. And two months later I was pregnant.”

Needless to say, the couple were shocked when they found out she was pregnant with Bingham.

“Well, yes [I was shocked], but I also thought: ‘This is going to be interesting. I knew it would take a strong man to deal with it. You know that with a relationship things can go either way when you have a child. When you get pregnant everything changes; you, your body. Everything becomes a big decision.”

To read more pick up this month’s issue of Elle UK.