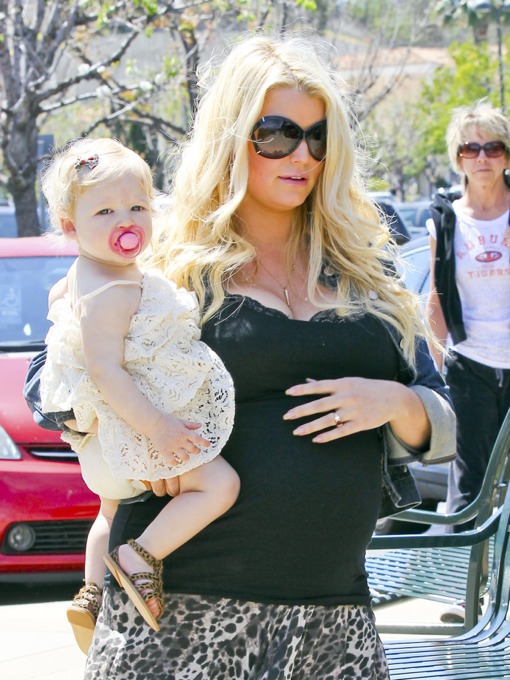 The pregnant Fashion Star mentor wore a tight black shirt and flowing animal print skirt while cupping her bump with one hand and holding the 11-month-old in the other.

Jessica and Eric have finally set a day to marry!

According to RadarOnline, the happy couple will marry one month after welcoming their second child in the summer.

“Jessica and Eric are adamant they want to wed this year. Before they found out Jessica was expecting her second child, they had already set the wheels in motion for a low-key (wedding) ceremony,” a source told. “But then, they had to put their plans on ice when they discovered Jessica was pregnant. Plus, she wanted to avoid a clash with her best pal CaCee Cobb, who had a wedding back in December.”

“So, Jessica and Eric have had to wait it out for the time being. When they were in Hawaii over the Christmas holidays, they checked out a couple of local spots where a small ceremony could be planned this summer,” added the source.

Where do you think they will marry? In LA or in Hawaii where the couple announced they were expecting their second child?