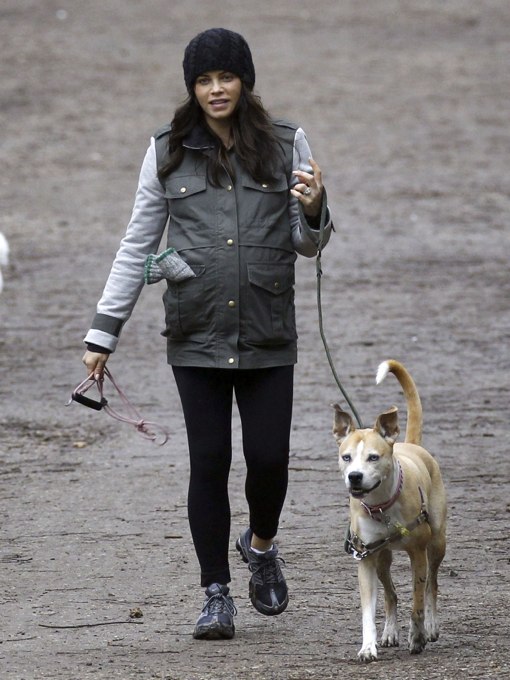 Jenna Dewan-Tatum was spotted taking her dogs for a walk in London, England on Saturday (April 13).

The soon-to-be mom was dressed warmly in a miltary green jacket with sweater sleeves and black tights as she strolled.

Dewan and her husband Channing Tatum are splitting their time between London and Sienna Miller‘s Cotswolds home while he shoots his new sci-fi film Jupiter Ascending in England.

In the film, the actor plays Django Wise from a fictional universe where humans are thought to be the lowest of life forms. He stars alongside Mila Kunis, Sean Bean and Eddie Redmayne.