Isla Fisher: I Don’t Want My Daughters To See Me Weighing Myself All The Time 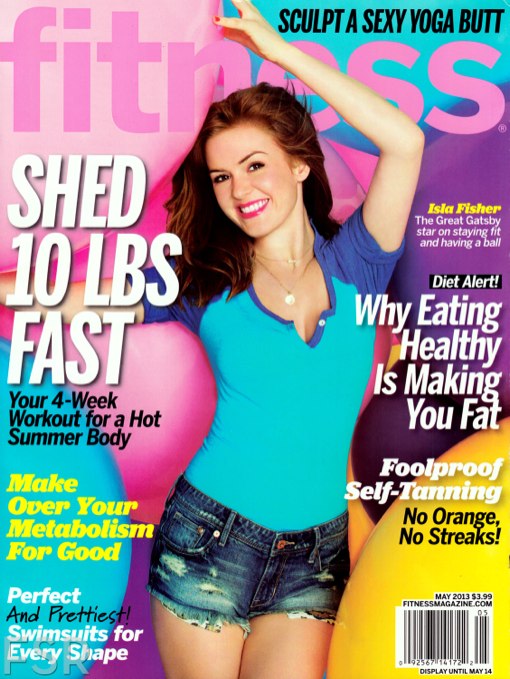 Showing off her slim figure on the cover of Fitness‘s May issue, Isla Fisher opens up about being confident in her body and promoting a healthy body images to her girls.

The Great Gatbsy actress who enjoys practicing yoga five days a week tries to be healthy, but doesn’t obsess over weight because she wants to send the right message to her daughters, Olive, 5½, and Elula, 2½.

“I don’t even own a scale,” she shares. “I have two young daughters and I wouldn’t want them to see me weighing myself all the time. I don’t think it sends the right message.”

Plus, her not so flat tummy reminds her of one of her greatest achievements!!

“Even though it will never be flat again, it’s still my favorite because it reminds me of my greatest achievement: my babies!” the Now You See Me star says

The wife of Sasha Baron Cohen admits she gained 65 pregnant while pregnant with her second child and was nervous to lose the weight before filming Confessions of a Shopaholic.

“I had severe morning sickness both [pregnancies], so I mostly ate supersize bowls of white pasta with loads of butter and cheese because that was the only thing that took away the nausea,” she recalls. “The producer Jerry Bruckheimer hired a trainer to work with me three times a week. That was both inspirational and terrifying because I didn’t want to let the trainer down.”

To read the full interview pick up the magazine on newsstands now.