Hillary Scott Bumps at the Academy of Country Music Awards 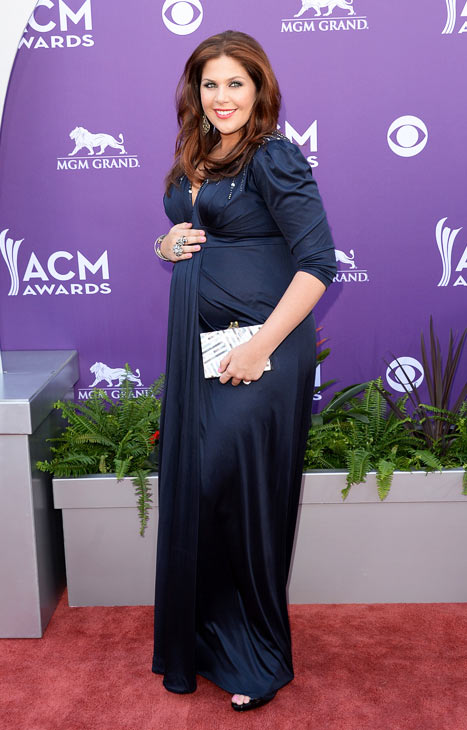 Hillary Scott debuted her growing baby baby bump on the red carpet at the 48th Annual Academy of Country Music Awards at the MGM Grand Garden Arena in Las Vegas on Sunday (April, 7).

The Lady Antebellum singer wore A Pea in the Pod midnight jersey dress while cupping her bump for photographers.

“So thankful to be getting ready backstage at the ACM Awards with the beautiful ladies in Little Big Town who are teaching me about being a mama!” Scott tweeted Sunday.

A rep for Scott confirmed  in March that she was expecting her first child, a baby girl, with husband and fellow Lady Antebellum singer Chris Tyrrell.