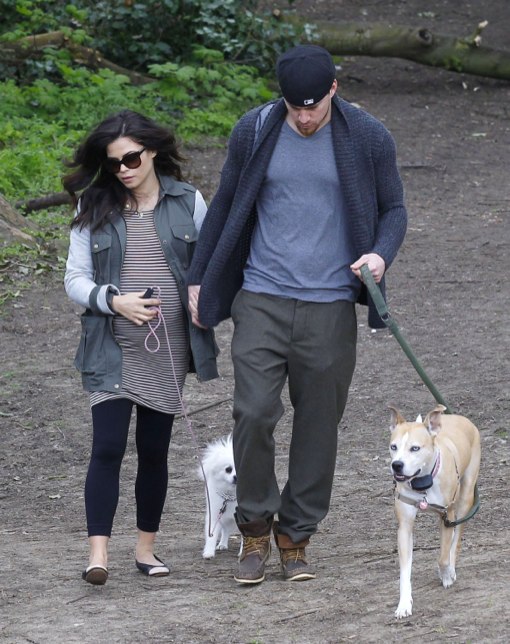 Channing Tatum enjoyed a day off from filming with his wife Jenna in London, England on Monday (April 29).

The couple took their dogs for a hike in a London dog park. Tatum looked like doting dad as he  helped his heavily pregnant wife manoeuvre over a tree trunk.

The actor and Joseph Gordon-Levitt are in talks to take the lead roles in a new remake of Guys and Dolls. They would play good-natured gangsters Nathan Detroit and Sky Masterson

The classic Broadway musical by Jo Swerling and Abe Burrows is set in the 1930s and follows Detroit, proprietor of “The Oldest Established Permanent Floating Crap Game In New York,” as he tries to raise a thousand dollars for a new venue. Detroit makes a bet with his buddy Masterson that he can’t persuade Sarah Brown, a religious girl who works at a rescue mission, to join him for a trip to Havana.

Gordon-Levitt and Tatum are good friends off screen.

Pink: My Claws Have Sharpened Since Becoming a Mother