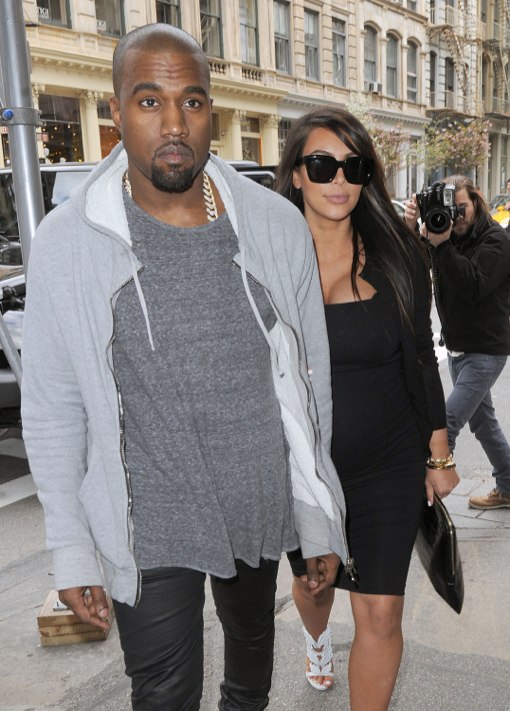 Kim Kardashian and boyfriend Kanye West were spotted out shopping together in New York City on Monday (April 22).

After making an appearance at the E! Network Upfront event with her mom Kris and sister Kourtney, the mom-to-be headed back to her room at the Trump Hotel before meeting her beau.

“Now I think I’m past all the awkward phases and stages, and once you feel the baby kick it’s a whole new experience,” the reality star revealed earlier in the day. “I finally really embrace it. I love it now, but it took a minute. It was a lot, you know, a lot of body changes and stuff.”

The couple also know the gender of their child but are keeping it a secret. Kim said she’s careful when she goes shopping to not give anything away.

“We buy all white,” she said, laughing. “Or we’ll go and buy both (girls’ and boys’ clothing), and then no one will know.”

Kim is set to give birth in July.