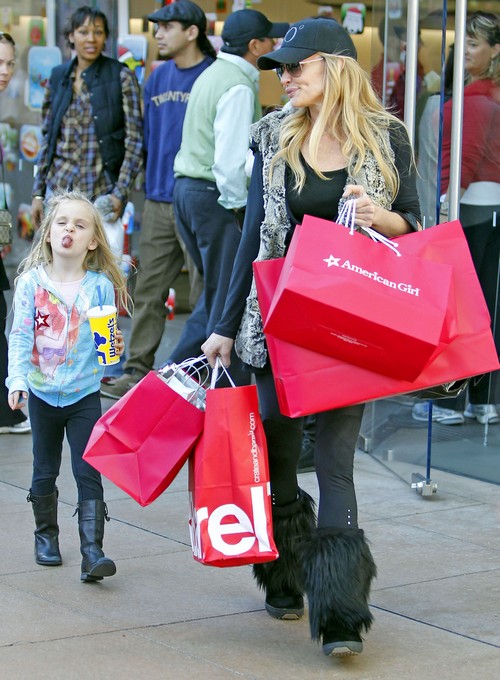 This week’s episode of The Real Housewive’s of Beverly Hills was an enlightening one for fans of Taylor Armstrong. We had already seen her excitedly talk to Kyle Richards about the spur of the moment trip she was taking with a random guy. At the time Kyle had Taylor’s 6 year old daughter Kennedy Armstrong in her custody and she asked if she should just keep her then. There was silence for a minute before Taylor admitted that she didn’t even realize Kyle had Kennedy. This momentary drunken lapse led to an intervention of sorts and Taylor admitted that she had been hitting the bottle heavily in the months following her husbands suicide to try and dull the pain.

Admitting you have a problem is the first step and it looked like Taylor had hit rock bottom. Apparently her drinking wasn’t exactly a symptom of dealing with a loss because according to a source for Radar Online she was drinking heavily for months before Russell Armstrong’s death. There is also serious concern for little Kennedy because apparently Taylor has been losing track of her for a long time as well. “She pawns the kid off on anyone with kids who will take her,” the source says. “Then she drinks more!” says the source.

Obviously Taylor has a lot of unresolved issues to contend with and her daughter is getting older,. She has to realize that her mom is having issues even if she doesn’t fully understand them. Do you think that Taylor will stop the negative patterns of behavior and get some help sooner rather than later? Tell us your thoughts in the comments below!