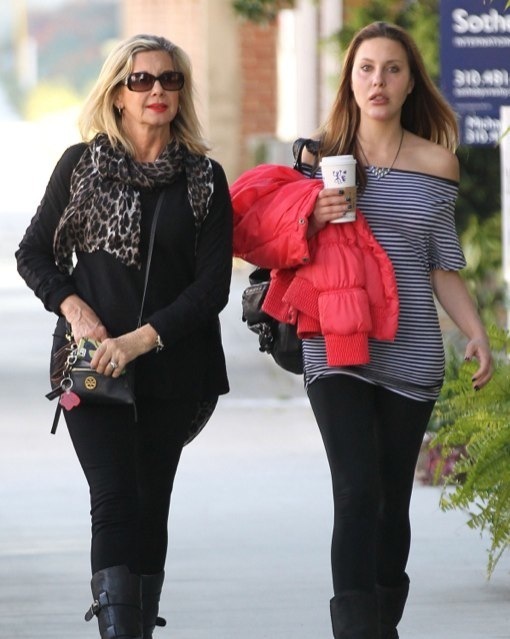 Olivia Newton-John and her daughter Chloe Rose Lattanzi were spotted heading to a hair salon  in Santa Monica, CA on Wednesday (Feb. 13).

The Australian-born actress and her 27-year-old daughter looked similar in matching black outfits.Newton-John  has decided to retire from live performances, with her forthcoming UK tour being her last.

‘The British tour is the last leg – I did a 35-city tour in America and went to Asia,”she told UK’s The Express last week. ‘Then I’m going to slow down on touring, I’m not sure if I will do any more, maybe do a Vegas thing because it is more in one place. I’ll see – it will definitely be the last tour for a while and maybe always.”

The singer and her former Grease co-star, John Travolta, recently released a new album together.