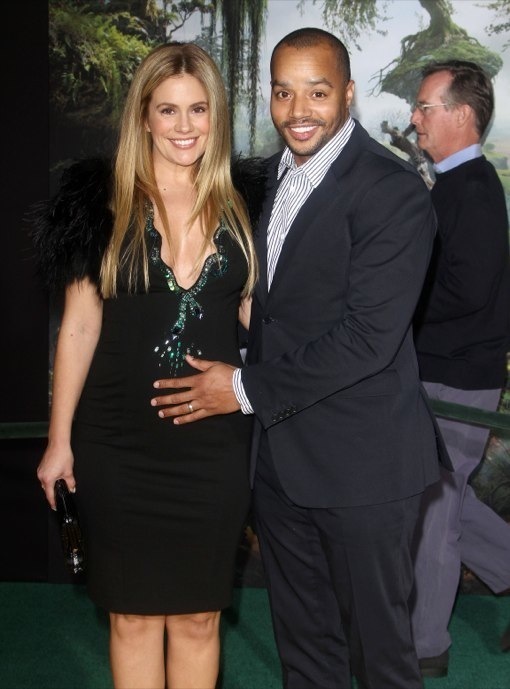 Cacee Cobb debuted her baby bump while attending the premiere of OZ The Great and Powerful alongside husband Donald Faison at the El Capitan Theatre in Hollywood, CA on Wednesday (Feb. 13).

While waling the green carpet, the parents-t0-be beamed as they smiled for photographers. Cobb posed in a little black dressed adorned with shimmery green diamonds as Faison rested his hand on her bump.

Two weeks ago, the Scrubs star and Jessica Simpson‘s BFF announced they were expecting their first child together.

“I’m excited. I’m just excited for CaCee,” Faison told at the launch of EA’s Real Racing 3 on Feb. 7.  “She’s probably the most loving person I’ve ever met in my life. And so for her to have a baby that she can love and you know, raise, and that we can raise together, and she can influence and teach and stuff like that, it just, I know that it’ll be a really good human being when it’s older.”

This will be Faison’s fifth child. He has three children with ex-wife Lisa Askey, and a son from a prior relationship.