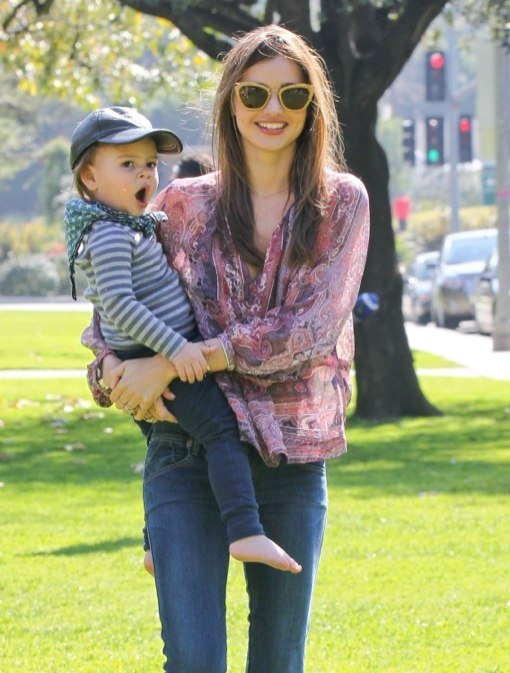 Miranda Kerr enjoyed a day with her son Flynn at Coldwater Canyon Park in Beverly Hills, California on Sunday (Feb. 17).

The Victoria’s Secret model wore a floral blouse with jeans as she carried her Flynn. The 2-year-old looked a little tired as he yawned while being pictured.

Later in the day, headed out to support the Earth’s climate at a rally with her husband Orlando Bloom.

“My man at the climate rally with his cousin on behalf @globalgreen check it out. #globalgreen” she tweeted, along with a pic of the two guys.

The rally urged President Obama to reject the Keystone XL oil pipeline proposal and honor his inauguration pledge to deal with climate change.