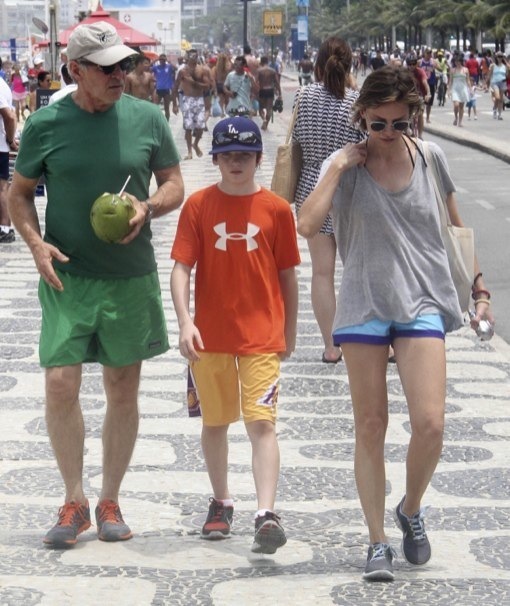 Despite their high-powered Hollywood profiles, the couple looked like any other tourist family enjoying the sunshine. Flockheart  and Ford were both dressed casually while they enjoyed sipping from a coconut while walking.

Ford has agreed to reprise his infamous role as Han Solo in the anticipated Star Wars 7 to be produced by Disney.

Although, he could not say whether Ford’s role would be a small cameo or something larger – or even whether he would appear in Star Wars Episode VII, the forthcoming film to be directed by JJ Abrams.