Jessica Simpson Is Moving Ahead With Her Baby-Clothing Line 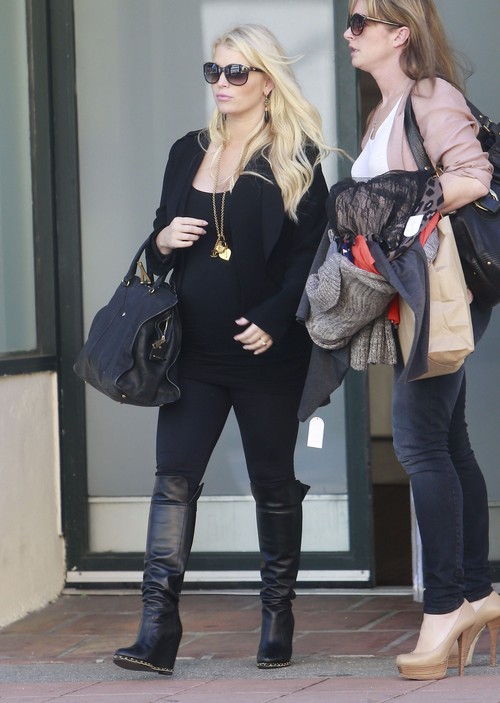 Now that Jessica Simpson has her second child underway she is moving full steam ahead with her baby-clothing line.  Now that she has put her wedding plans to fiance Eric Johnson on hold she will have plenty of time to work on expanding her fashion empire.

Originally Jessica’s plans were focused more on a girls line but now that she is having a boy she will expanding the line to include little boys.  A source told Life & Style, “Now she can’t wait to start working on the boys’ line, as well!”

Jessica won’t have to rush on the boy’s line because her little son will be able to get plenty of hand-me-downs from her sister Ashlee’s Simpson‘s son Bronx.  Ashlee told the magazine, “I have a bunch of vintage shirts that I can give!”

Meanwhile Jessica intends to name her new son after her grandfather Acy and the two are reportedly still thinking about a middle name. “She and Eric are still deciding on a middle name, but they want it to be biblical.”

Denise Richards Does The School Run