Fergie Jets Her Bump Across Europe 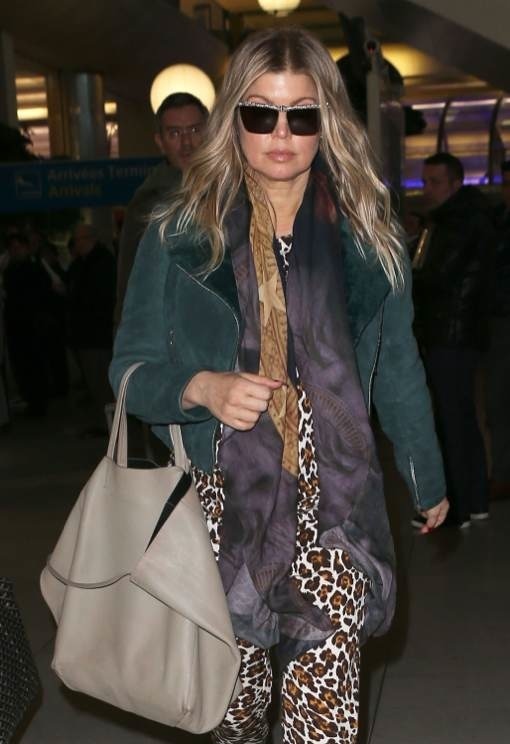 Fergie was spotted arriving on a flight from Milan at Charles de Gaulle Airport in Paris, France on Monday (Feb. 25).

The newly pregnant singer wore a leopard print jumpsuit under a green suede jacket as she walked through the airport terminal.

Fergie is in Europe while husband Josh Duhamel does a promotional tour for his new movie Safe Haven. She joined Josh in London for the UK screening last week. After she headed to Milan to attend the Armani runway show during the city’s fashion