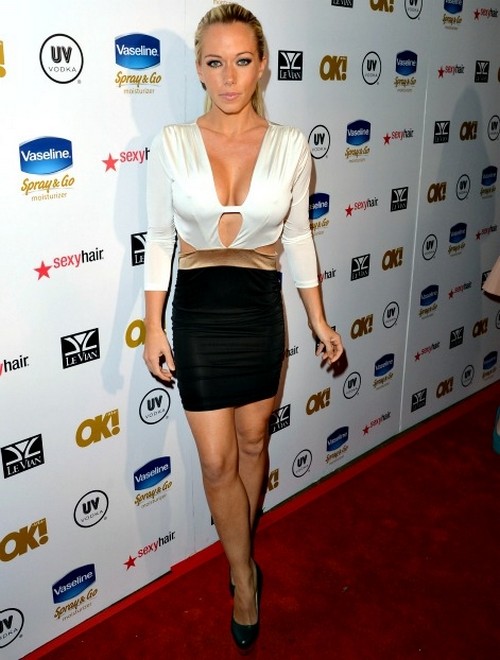 Kendra Wilkinson-Baskett who is married to Hank Baskett attended the OK! Magazine Pre-Oscar party last night.  We had a chance to catch up with Kendra on the red carpet.  The event was held at Hollywood’s Emerson Theater to celebrate the Oscars!

Kendra spoke about her son two-year-old Hank Jr. and how amazing he was.  “Hank Jr.  is amazing we went to Disneyland the first time yesterday and it was amazing. He was so happy his favorite ride is cars.  It was really scary but he was like ooohhh, hE cried and screamed and  he would like ahh and ooh.  It was like the funniest thing in the world it was so much fun!”

Kendra went on to talk about how she balances having a career and a young child.  She said, “You just have to force it and then it ends up being normal!”

Kendra was one of several celebrities who attended the event.  To check out all the photos from OK! Magazine’s Pre-Oscar party, head over to our sister site Celeb Dirty Laundry for the photos HERE!