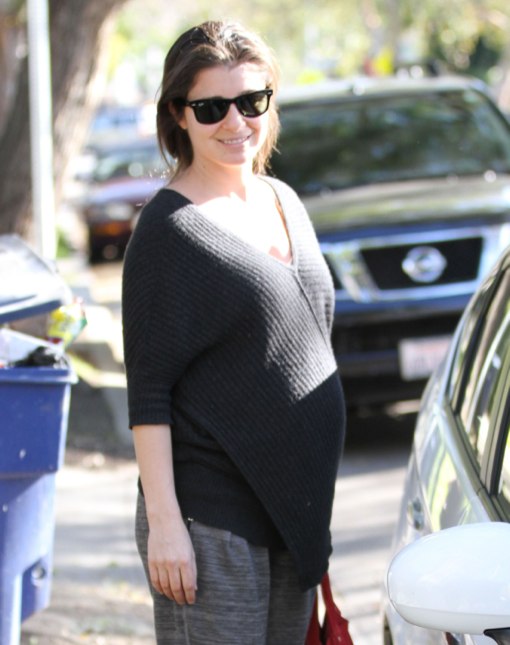 The pregnant Roswell actress debuted her growing bump in a casual grey  seater and stylish sweat pants. She smiled proudly as photographers took her picture.

Right before the holidays, Appleby announced that she and fiancé Jon Shook are expecting their first child together this spring.

“Thank God, knock on wood, I’ve had a really easy pregnancy,” Appleby told Us. “I’ve been working out a lot just because it feels good. And I’ve loved it, you get to eat as many breads and pastas as you want and don’t gain weight. It’s been great!”

The couple have opted to not to find out the gender of the baby.

“He really wanted to do it and it sounded like fun,” the actress told. “It’s really made the whole pregnancy a heightened excitement because you just don’t know what it’s going to be!”

Hilary Duff Takes Her Little Boy to a Friend’s House