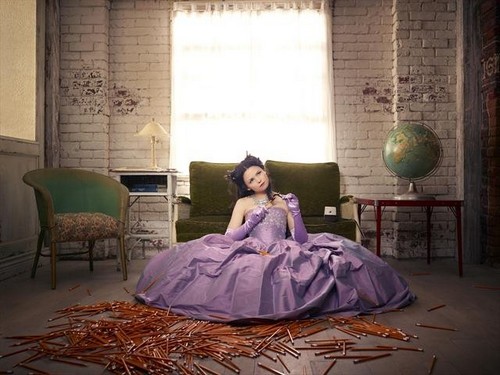 My favorite show on TV returned last week for the mid-winter premiere and it was FANTASIC!   Regina was accused of murdering one of the town’s most beloved fairytale characters — but only Emma sensed that she may be innocent. Meanwhile, back in the fairytale land that was, after capturing the Evil Queen, Snow White and Prince Charming set about planning her public execution in order to rid the land of her murderous tyranny.  Did you watch the episode?  We did and we recapped it here for you!

On tonight’s new episode called “The Outsider,” Mr. Gold finds an unwilling test subject to see if a spell he has concocted will allow him to cross the border of Storybrooke — without losing his memory — and go in search of his son, Bae.

Belle stumbles upon a vengeful Hook in the Storybrooke harbor whose main goal is to eradicate Rumplestiltskin; and Mary Margaret and David go house hunting in search of a bigger place to live. Meanwhile, in the fairytale land that was, Belle meets Mulan as the two set out to slay a fearsome beast called the Yaoguai, who has been ravaging the land.

While you wait for our recap, which starts at 8PM, check out the sneak peek of the episode below!

ONCE UPON A TIME SEASON 2 EPISODE 11 LIVE RECAP HERE!

Chris Daughtry Knows What Is Important In Life