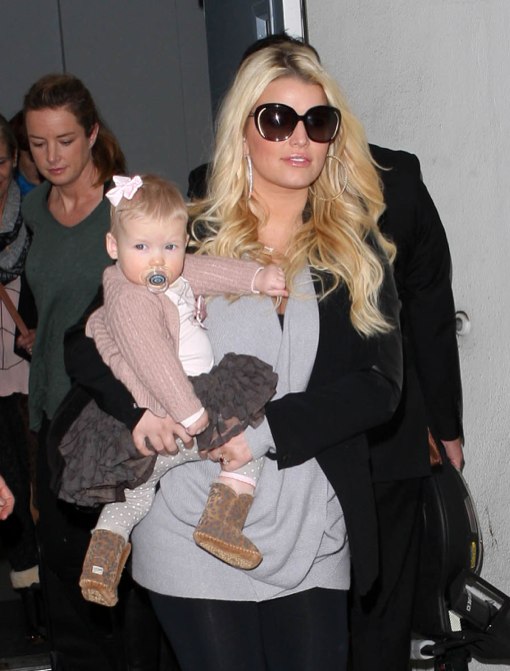 Jessica Simpson is having a boy!

According to RadarOnline, the singer-turned-fashion designer found out this week that her daughter Maxwell will be getting a little brother.

“It’s Jessica’s dream come true, she prayed she was having a boy,” a source close to the Simpson family tells.

Apparently, Simpson and her fiancé Eric Johnson found out this week during her an ultrasound.

“She found out this week after a check-up at the doctor, who asked her if she wanted to know the sex of the baby. Jessica immediately said yes and when the doctor told her it was a boy she screamed with joy,” the source continues. “She was so happy that Maxwell is getting a little brother because that’s something she always wanted when she was growing up.

The couple are both thrilled and are already thinking of names.

“Jessica and Eric are so excited and have started going through names, but they haven’t settled on one just yet.

“It’s just a pity their favorite boys name went to their daughter first!” the source revealed.

Simpson confirmed that she was expecting her second child by tweeting the happy news on Christmas Day.

Uma Thurman Explains The Story Behind Her Daughter’s Five Names