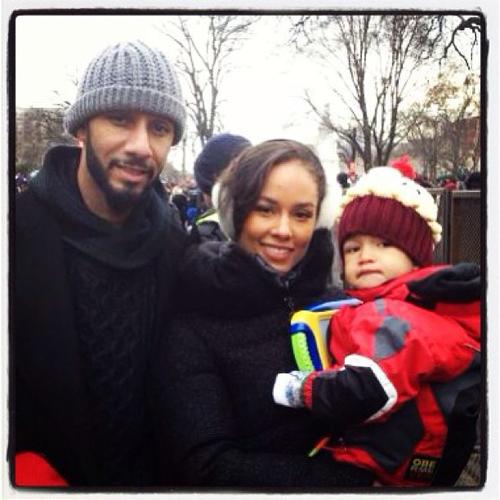 Alicia Keys attended the Inauguration of President Obama in Washington, D.C. with husband Swizz Beatz and their 2-year-old son Egypt.

During the ceremony, Keys took to her Instagram to share a photo of the family enjoying the day.

“Excited to share this incredible day with our son!,” the Girl on Fire singer wrote.

Later in the day, the parents attended the inaugural ball.

“Yesterday was spectacular!!! Still pinching myself!!

Angelina Jolie: My Kids Keep Me Grounded With Their Pooping