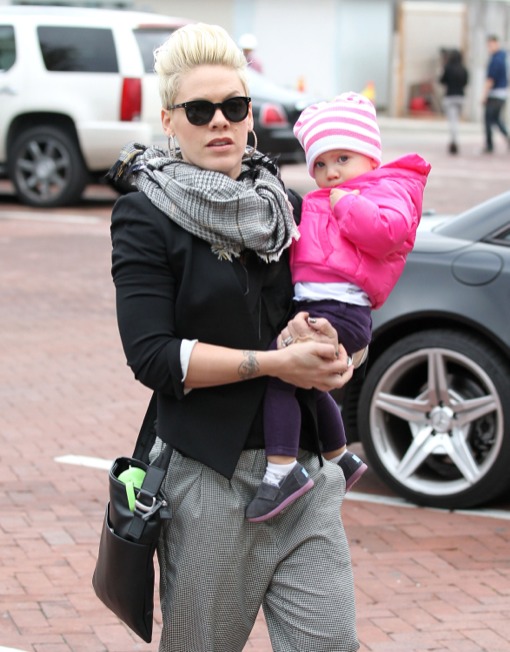 Pink and her daughter Willow did some Christmas shopping at Toy Crazy and The Colony Company in Malibu, Ca on Monday (Dec. 17).

The doting mom looked chic in a black sweater and trousers while carrying Willow. The 1-year-old was bundled up in a puffy pink jacket over a white shirt with purple jeans and flats.

Pink recently confirmed that her collaboration with Fun. singer Nate Reuss will be the next single from her 2012 album, The Truth About Love. The song titled,  Just Give Me A Reason is one of her favorites.

“The song is called ‘Just Give Me A Reason’ and it’s with Nate Reuss and it’s one of my favourite songs ever, that I’ve ever written,” Pink told this week. “I love his voice, I love his voice so much.”

The music video for the single has been filmed and is expected to debut in the coming weeks.